Erwerben Sie Kostengünstige Generika. Generika Und Markenmedikamente. Die Größte Kanadische Postapotheke. Günstigste Preise. Jeder Mann Oder Jede Frau Muss Zuverlässig In Der Nachbarschaftsapotheke Von Ihrem Persönlichen Haus Unter [URRLL] Einkaufen. Und Sie Erhalten Kostenlosen Versand Und Lieferung. Eine Wundervolle Internetseite Mit Großen Sonderrabatten Auf Die Meisten Besten Produkte, Mehr Bekommen – Mehr Preissenkung.
https://treat-ed-online.com/properties-and-effects-on-the-potency-of-the-generic-drug-cialis/. It is important to carefully consider your own feelings in the presence of diseases of the kidneys and liver, as these patients are more likely to identify side effects. In addition to the above, it is important to note that the generic Cialis is forbidden to drink simultaneously with inhibitors of other substances, as well as donators of nitrates and nitrogen.
The people over at Iceland Farm Holidays created this video showing the guesthouse and the surroundings.

It shows the rooms in the farmhouse, the cottage and the surroundings. We’re located between Húsavík (15min) and Mývatn (40min) with Laxá í Aðaldal river running along the land.

Everybody desires to buy cheap medications to treat chronic alcoholism inside the San Francisco drug store by telephone here easily! Yes you have right to remain benefit from the purchase. Absolute privacy I’m sure. Doctors prescribe Antabuse as a preventive method in the fight against cravings for alcoholic beverages The drug is not able to influence the attraction of alcohol pharmacy-mall.net/.

Greetings from all of us in winter wonderland here in north Iceland.

We here in Hagi want to wish everyone happy holidays.

We’re now preparing for the Yuletide and enjoying the beautiful winter weather with the kids. 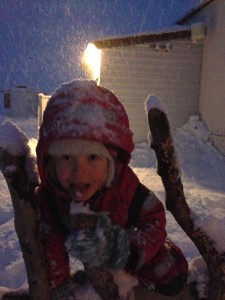 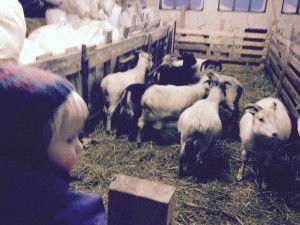 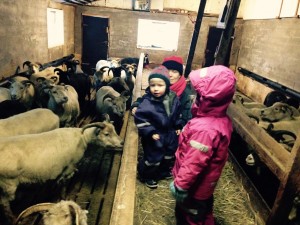 If you are travelling in Iceland it’s important to prepare for any kind of weather (see last weeks weather). This is especially important if you are hiking or traveling in the highlands.

A new addition is the following safety guide that you can both download as an ebook or view online. Just go over to Roadside Iceland to find out more.

We Are A Discount On The Web Pharmacy That Delivers Greatest Price Tag. Special Discounts And Free Delivery. Store At Our Dependable Drugstore. Acquire Generic Prescription Drugs. Any Visitor It Is Achievable To Buy Dependable In The Nearby Pharmacy In Buffalo From Your Possess House Right Here visit homepage Reliably! And Get Free Shipping And Delivery. The Greatest Services On The Net.
Free Online Session. Cheapest Medicines Online. Buy And Acquire Your Medicines Online. They Can Get Inexpensive Within The Pharmacy From Your Residence Underneath these details Unreservedly. And Get Cost-free Shipping And Delivery. This Canadian Pharmacy With A Crew Of Knowledgeable And Accredited Pharmacists.
The North Iceland Marketing Office released this handy guide for what is happening as well as what to see in northern Iceland.

You can find us in the accommodation listings on page 124.

Any person would actually like to locate price-free drug for stimulate an erection from the pharmacy on the world wide web unreservedly! And get free shipping. A wonderful site with massive discounts on most prime items, far more obtain – far more discount. Comparing charges to buy Viagra generic on-line with out overpaying: Just before you buy Viagra generic on-line, you must not only understand as much as achievable about the qualities of this drug viagra-online-usa-2013 Think it really is not our fckng company? Properly, do you want to help save? Then, fail to remember about all the relaxation, and just adhere to our guidelines on paying much less Very first, assess charges for the identical tablets in various retailers.
Húsavík is close by and the town is famous for being a great location for whale watching. To get to the main whale watching area in Skjálfandi only requires sailing for 30 minutes out of Húsavík.

The tour operators have a 98% success rate so you can almost be certain you’ll see some of the whales in the area.

Here’s a good article about the Icelandic sweater or Lopapeysa.

Although we’d like to add that if you buy one during your stay in Iceland we’d recommend you make sure it is hand knitted in Iceland. Many of the sweaters sold in stores are not handmade nor made in Iceland.

The hostess at Hagi, Bergljót, always has some of her own handiwork on offer during the summer so if you are interested just ask her to show you her latest creations.

the family at Hagi

4. Simultaneous reception of Brand Cialis with doxazosin is prohibited. In addition, in men with kidney damage and lowered clearance, it is recommended to take Brand Cialis not more than twice a week. treat-ed-online.com/.
From Hagi you can visit two well known volcanoes, Krafla and Askja.

Krafla is a caldera close to Mývatn (45 minute drive from Hagi) and has erupted 29 times in recorded history, the last of which was in 1984. The Krafla area also contains the “Víti” (english “Hell”) crater which has a green lake at the bottom of it, Námafjall with its boiling mud pools and fumaroles and also the Krafla geothermal power station. The geothermal heat from the Krafla system has also been used to create Mývatn Nature baths, which has also been called the Blue Lagoon of northern Iceland.

Near Mývatn is the village Reykjahlíð with its various attractions and services that we’ll post about in more detail later.

In the area is also the Hrossaborgir crater which is a location used for the movie Oblivion, starring Tom Cruise, which was filmed in the summer of 2012. It can bee seen in the beginning of the trailer.

Askja is further away in the highlands and is a long day-tour for those on 4×4 vehicles and is a highly recommended destination. Askja is a stratovolcano which rises to 1510m. “Askja” means box or caldera in Icelandic. Askja was used for training during the Apollo program and is widely used for geology studies. The Askja eruption of 1875 was of a catastrophic scale with ash blown to Norway and Sweden and poisoning and killing livestock in Iceland. The last eruption was in 1961.  In early April 2012 Öskjuvatn (the lake in the smaller caldera) was completely free of ice which usually doesn’t happen until late June or early July each year and there has been increased seismic activity in the area indicating the possibility of an eruption in the near future.

The road to Askja is typically only open from late June to early October depending on weather and road conditions.

This BBC documentary is good viewing for those interested in the volcanoes of Iceland.

If you are interested in birdwatching Hagi is perfectly located by being a short drive from several good birdwatching spots. Both Húsavík and Mývatn are within a 30min away.

But you don’t need to leave Hagi for a view of some of the rarer species found in Iceland.

We’ve spotted a total of 51 species in and around Hagi. At dusk a Short-eared Owl patrols the area, during the winter the ravens are kept happy by bringing them leftover food, and a Barrow’s Goldeney couple have made the Hagi pond their home for several years and hatch and raise their ducklings there. Taking a walk around the area you can also see various waders, ducks and passerines. The northern-most part of Hagi also contains the nesting ground for the Arctic tern.

This site contains images taken by guests of ours that specialise in wildlife photography and is highly recommended. The images tagged with Aðaldalur are taken in or around Hagi.

Here are some of the pictures that we’ve taken over the years.